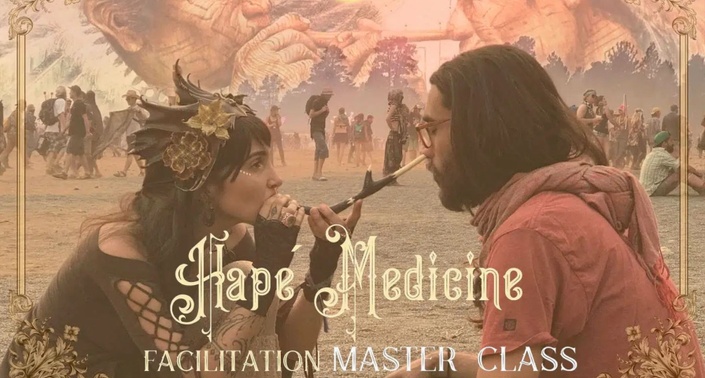 Rapé (also called hapé, hapeh, rapeh, and rapey) is a tobacco-based snuff used in South American shamanism. This ancient medicine is a mixture of powdered plants, usually containing some kind of tobacco and tree ash, which is blown into the nose of the receiver through a special pipe called a kuripe or tepi.

In Amazonian lore, tobacco is considered a Master Plant. It plays a central role in ceremonial work, and its spirit is invoked to purify, protect, and rid the receiver of negative energies, as well as to cleanse and prepare their mind for other powerful plant medicines such as ayahuasca.

Aluna Lua is a Brazilian plant medicine priestess and trusted advocate of the Brazilian indigenous people. She is a dedicated lightworker, fully devoted to serving the community as an entheogen educator, lifestyle artist, and master of ceremony.

Lua has spent time with multiple indigenous tribes across the Americas and has been a student of different plant medicine cultures for the last twelve years. She embodies her messages and teachings in and through a professional expression of multidimensional art sharing her angelic voice and sacred dance.